I started writing erotica this year after a couple of years of having short stories published in women's magazines. I had no idea that there was such a market for erotica and so many publishers! A friend of mine commented recently that she's surprised I didn't do it years ago as I was always the one who had to explain smutty jokes to the rest of my circle of friends at school... That's probably what you get from being allowed (encouraged) to read Jackie Collins and Jilly Cooper from a young age! (Thanks, Mum!)

I have discovered that I absolutely love writing erotica. It's so liberating to be able to write what I like without dampening down the heat or resorting to painful euphemisms. I find that most of the time I'm grinning away while I'm writing!
As far as having a favourite erotic story goes, strictly speaking I don't have one, although I've really enjoyed a lot of the short stories I've read so far. I find it a challenge to just sit back and enjoy what I'm reading if it's a genre I write - I almost feel I should be taking notes! 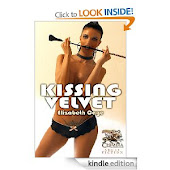 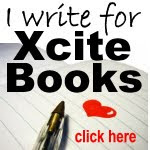